UAE Criminalises Taking Unauthorised Pictures Of Someone In Public

UAE Criminalises Taking Unauthorised Pictures Of Someone In Public 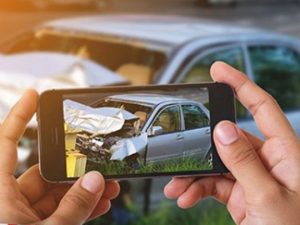 The United Arab Emirates (UAE) has criminalised taking pictures of someone in public without consent.

According to the country’s amended Cybercrime Law, offence is punishable with six month jail or fine between Dh150,000 to 500,000 or both.

It offers protection to internet users from electronic fraud and preserves personal privacy and rights. It also gives courts powers to confiscate devices, software, content or other means used in the crime.

THEWILL reports that Article 21 of the Federal Decree Law No. 5 of 2012 on Combating Cybercrimes, had stated that the ways in which one may invade others’ privacy include: interception, recording, eavesdropping, transferring, transmitting or disclosure of conversations or communications, or audio or visual materials.

Officials stressed that this also covers taking snaps of people without their consent or creating, transferring, disclosing, copying or saving their photos

“Whoever uses a computer network or any other technology to expose a person and violate his or her privacy shall face a jail term of at least six months and pay a fine of not less than Dh150,000 and not exceeding Dh500,000, or either of the two penalties”, the Decree No. 5 of the Cybercrime Law stated.

“It is one of the first comprehensive legal frameworks in the region to address concerns arising as online technology advances,” Abdelaziz told Gulf News. As of January 2 next year, taking pictures in public places for tracking a person or secretly recording him or her will be a crime”, said Abdelaziz.

He however clarified that taking pictures in public places is not a crime, but one must remember to protect the privacy of others while taking pictures.

“People can take pictures and selfies in public places and document their moments freely, but one must always remember not to breach the privacy of others and respect their personal privacy and rights.”