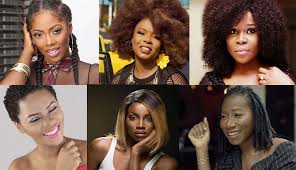 The ladies in the music industry in Nigeria and Ghana have done amazingly well, proving their worth time and time again within this last decade, amassing various ground breaking records in Africa (130 million views on Johnny by Yemi Alade, even most recently, 11 million streams on what is now dubbed the Nigerian And Ghanaian Tiktok slo-mo sound track “single and searching” by Yemi Alade and Falz), receiving various local and international awards, even Billboard recognition as well as getting features with lots of international musicians (like Khalid, Rick Ross and a lot more).

Females artiste in Nigeria and Ghana have seemingly been underrated. Maybe it’s a cultural thing seeing male musicians as having the upper hand in the industry.

Whatever the reason might be, amazing work for them getting this far as they might have had to work twice more than the male counterparts. We looked at a lot of internal and external factors in picking out these top best female musicians in Nigeria.

Consideration was given to the music quality, the vibe they give to Nigerians And Ghanaians, popularity, social media influence, achievements/success, awards/recognition, lyrics, consistency, net worth, impact and how long they have been in the game etc.

No further ado, here comes the juicy part.
We tried to be as carefully unbiased as possible and came up with this exclusive best female musicians list that would resonate well with a lot of Nigerians.

For people like me that like long reads this article serves me best. On the other hand, we have people who can’t, so that’s why we have the short bio.

You can always skim through and pick important and useful information, read the conclusion and move on.
I’m as stoked as you are… yes! The top 10 female artiste in Nigeria and Ghana. Beautiful women, melanin popping, sweet voices, spectacular talents and simply the best in Africa and beyond.

“…Most times how others feel about you, or how you should be, comes from their own insecurities. Be comfortable, be You!”
Di’ja
“There is no one standard of beauty regardless of what the media tells you.”
“Mental wellness is so important to a person’s existence; it is where all begins and all can end”.

Wow! I can presume her personality from this quotes that she is such a real person. Maybe one of the most realistic Nigerian female pop singer I have heard this year.

Born on August 14 ,1989 in Kaduna. Di’ja kick started her music career in Canada and released her first single, “Rock steady” which was nominated for Best Urban/R&B Single at the 2009 Canadian Radio Music Awards. Nevertheless, she won the Best New Artist award at the 2008 Beat Music Awards which was quite a boost to her career then at Canada. Still in Canada, Di’Ja released several singles including “Dan’Iska (Rudebwoy)”, “Hold On (Ba Damuwa)” and “How Can We Be Friends” in 2012. Moving quick to 2014, after relocating to Nigeria where she met Donjazzy who auditioned her through a period of 8 months before signing her to her present record label, Mavin. Presently her latest album out is “Aphropop Vol.1 Album”.

In her songs she combines different cultures in honour of being a Serria Leonian and a Nigerian. Not to forget she lived in the USA, Canada, Nigeria and Serria Leon. Listening to her songs, Di’ja is definitely talented and we look forward to her future feats.

Niniola Apata one of the most beautiful female musician on this list AKA “Niniola“, AKA “human radio”, AKA “Queen of Afro house” featured in Beyonce’s album, the gift. 2019 would have been such a wonderful and happy year for the Queen of Afro house (Afro pop & house music) as she wrote & performed a track “Find Your Way Back” off Beyonce’s Gift album which contains elements of her hit track, Maradona.

The wave of rejections and no(s) she faced earlier on in her career from judges, made a Successful Experience at the MTN Project Fame (Season 6) that saw her come out as the 3rd Runner Up after gaining exposure from other shows.
In her words,.

“It’s the grace of God but as they say, when hard work and preparation meets opportunity, it just happens. After Project Fame, I just wanted to prove myself. I knew I could sing but I just wanted more. I loved to dance and wanted to incorporate these two things”.

Niniola also spent months working and carving out what she calls her own genre “Afro House” music.

Niniola also spent months working and carving out what she calls her own genre “Afro House” music.

She went online in search of the top ten producers in Nigeria, as at the year 2013. As a result of which she found Sarz aka sarz on the beat, the heavyweight hit-maker who has worked with Nigerian superstars like Wizkid, Banky W, Skales, Wande Coal, etc. With production assistance from Sarz she released her first debut single, Ibadi.

“I didn’t know anybody in the industry. So, I went online in search for the best producer in Nigeria. This was in 2013. Sarz’s name kept coming up. I reached out to him and he requested that I give him a hit song. I dropped “Ibadi” and that’s how it happened”.

“Ibadi” has elements of afro-beats, house and dance music. It’s a mix of her pure, clear & powerful Vocals which she delivered in both English and Yoruba. After releasing her debut single “Ibadi”, she was nominated for Most Promising Act to Watch at the 2015 Nigeria Entertainment Awards. Winning 4 awards and about 41 nominations in total; Best African Collaboration for “Mbilo Mbilo” 2016 (Remix), Nigerian Teens Choice Awards, Maya Awards (2017), Glazia Awards (2017) and Ghana-Naija Showbiz Awards (2018).

She also released a pure banger “Maradona”, the song that keeps giving!

“One song changed my life. I just did the song Maradona and knew that, like every other one, it was good. But when we dropped it, it went boom. People and artistes from South Africa started reaching out to me.”
The hit song about “Maradona” got remake from French Disc jockey & record producer, DJ Snake.

She fought her way to this point of her musical career.

Like the loss of her dad which also inspired another of her banger song, Addicted. I commend her warrior spirit. Pain does really make people stronger.

“I’m glad I can be comfortable as an African and sing in my language,” Niniola says. She finishes with a prediction, almost a warning: “When I drop songs, I drop hit songs.”

Is this statement true?? Has she really been a mirror reflection of her words in her actions? Do Nigerians really vibe and enjoy her songs to that point of calling the song a hit? Doesn’t it feel that there is a particular ingredient missing in her songs seeing she had 12% success rate in awards/nominations.

I would leave that to our readers to vote on. Her position might not be agreeable to some people. Even if considerations were to be given she wouldn’t have made it past the 8th position on this list. Nonetheless, she’s still good.

Starting out at Age 13, Tems, the fast rising female artist that sang with Khalid and Davido in 2020 (You don’t know your worth Remix) and even caught the attention of Chris Brown. Just like Asa, Tems has a foreign father, also got appraised by her music teacher and also moved to Lagos. Similar to Asa’s, I think we can uncover talented singers just by reading their stories

Temilade Openiyi was born on June 11, 1995 in Lagos, Nigeria. Born to a Nigerian mother and British father, Tems family moved to the United Kingdom shortly after her birth. Her parents separated when she was five, and relocated to Ilupeju, before moving to Lekki, then Ajah. At school she was noticed by her music teacher who helped her professionally and she learnt the piano.

She would practice singing with her brother’s guitar accompaniment. She attended Dowen College in Lekki and studied and graduated in economics in Johannesburg which she said at one point in her story was tiresome. In fact, she said everything was, but she had to pick something.

What is the most amazing about her story is that Tems is a writer, singer and record producer, A talented female artists that just pours out her emotions into words and has a deep passion for music. Well, fact is she has stolen the hearts of Nigerians and though she doesn’t have a much online following yet. Tems still has far more followers than some top artist on platforms like audiomack which means her music is still enjoyed locally.
“Mr Rebel” her first debut single was recorded in 2018 and that’s where she became the leader (Tems) of the Rebel Gang (Her fans). A year after she released “Try me” one of her major hits which currently has over 4.3million views. Her single ‘Damages‘ from her “For Broken Ears” EP became another follow up hit to Try Me peaking at number 6 on the newly launched “TurnTable Top 50” (a Nigerian chart). This beautiful Nigerian female artist also got 2 nominations and made it to vogue list of (9 emerging black talents you must know for 2021). She got her first appearance on Billboard Hot 100 with Wizkid‘s song of the summer, “Essence” which she was featured in. Lately, Canadian rapper, Drake enlisted Tems on his song, “fountain“, off his Certified lover Boy album.

“How this post wan be if Asa name no dey am”. Unique vocals and legendary singer both in Nigeria and Africa. Asa songs still continues to entertain us even in 2021. Writing with all sincerity, her distinct singing style touches the soul. Aṣa was born in Paris to Nigerian parents who were working and studying cinematography in France. Asa drew inspiration from great music her father had stored up from the likes of Marvin Gaye, Fela Kuti, Bob Marley, Aretha Franklin, King Sunny Adé, Diana Ross, Nina Simone, Miriam Makeba.

Asa spent about 18 years in Lagos before returning to France (Paris) where her career took off. She studied at the IMFP school of Jazz music. She was so exceptional as a female artiste, that she was told by teachers that she should go ahead and become a recording artist because she was ready and needed no schooling.

What a talent! I can still hear the words sing in my head. Stop calling me a prisoner! I don’t know if we would see another artist like Asa.

We don’t need too much beats and overly sexually depicting videos. We need music! Relatable lyrics! We need flow!
Another female pop singer in Nigeria on this list, jazz, indie pop and even a female rapper. Bukola Elemide released her debut Album “Aśa” in 2007 and received the Prix Constantin Award a year later, following her nomination by French music awards for the female artist of the year in 2011.

It was reported that by 2014 Aṣa sold 400,000 albums worldwide. Those numbers don’t scare me, Asa is a true gem. It seems she always takes her time to work on these songs. Considering her average release time for each album is about 3-4years. The latest we heard in 2019 from her is her album titled “Lucid”.