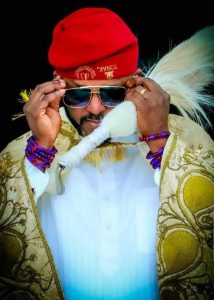 Let me break tradition by doing what is naturally alien to us in the sciences; we are usually not too verbose with words. Chief Edward Onoja, Deputy Governor of Kogi state did the unimaginable recently. Moved by the plight of a young man challenged by the harshness of life and couldn’t pay his PhD registration fees for five sessions, and at the verge of losing his status after his research had been completed at the Nasarawa State University Keffi, I sent messages around to friends, prominent Igala personalities and some social media platforms soliciting for funds, precisely seven hundred and four thousand, six hundred and forty naira (N704,640.00) only. What returned to me were a barrage of insults with some labelling the appeal as fraudulent! In fact, I was removed from one platform without anyone caring to find out if the post came from me even when a good number of the persons on that platform know me personally!

Not a fan of politicians, I reluctantly sent a message to Chief Edward Onoja one afternoon and followed it up with a personal call in the evening. He picked his call and I introduced myself and started relating the predicament of the young man. Halfway, I received the greatest shock of my life! He cut me short with the speed of light promising that he would contact four of his friends to give two hundred thousand naira each, plus himself making a total of one million naira, far over and above what was requested for! Slightly over a week after this interaction, the student called me to the effect that his faculty’s pre-defence seminar had been slated for three days and would only be allowed to participate if he cleared his fees. I quickly sent a reminder to Chief Edward Onoja and the man replied with an alert of a million naira after about 30 minutes!! He DIDN’T WANT PUBLICITY, but there is no way I can keep quiet over a good done to restore the future of a young man who saw his world collapsing around him.

I am doing this so that others may learn to impact lives positively and for those who pray to God every day to put this man in their prayers for God to protect, bless and preserve for the coming generations. He has really changed my perception about the present crop of politicians, as indeed, not all of them are inconsistent. Chief Edward Onoja is a rare gem and I bless with the tongue of an anointed father; it shall be well with him.