Hajia Ramatu Shehu was born into royalty of the paramount Atta family of Kuroko in Adavi LGA. Her late father, Alhaji Shehu Ibrahim Atta, was a former soldier, public servant and son of the paramount Ohinoyi of Ebiraland, Alhaji Ibrahim Onoruoiza Otaru. Her late mother, Hajia Ashawu was the daughter of the famous Adayi Umoru Ireyi of blessed memory, the then Chief of Obangede, a great loyalist and ardent supporter of the late Atta. The maternal side of her late father was also of royal background in Agaie, Niger State. Thats why she is usually addressed as Double Princess of the Niger.

Her natural disposition for generosity and care for humanity which knows no bound also earned her the title of the Princess of the people.

Princess Ramatu Tasallah Shehu Atta attended the INA Central School, Okene from where she proceeded to the Queens College, IIorin before attending Bayero University, Kano where she bagged Bachelor of Law degree (LL.B). She was at the Nigerian Law School, Lagos where she bagged Barrister at Law (BL).

Career
She served with Bayo Ojo Chambers in IIorin. She holds a Master degree in Leadership Studies and Master in Philosophy from Nigeria Defence Academy, Kaduna preparatory to pursuing her Doctorate Degree. 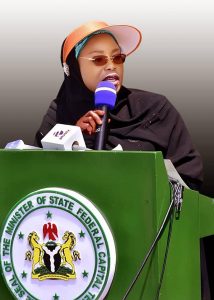 Her civil service career started with her appointment with the Federal Ministry of Justice in 1993 before she transferred her service to the FCT Judiciary, Abuja in 1996. She proceeded to the Gambia as a Magistrate from 1997 to 1999. While in the service of FCT Judiciary, Abuja, she rose through the ranks from Magistrate II to Chief Magistrate I and became an Administrator in the capacity of Secretary, FCT Judicial Service Committee, Abuja and then the Chief Registrar, and she finally retired as the Registrar General of the FCT High Court of Justice.

While in service, she facilitated the employment of so many Anebira into the civil service including a Magistrate. She is currently the CEO of Ramatu Shehu Atta Care Foundation.

Net Worth
RAMATU SHEHU ATTA Estimated Net worth is over 50, Million Naira