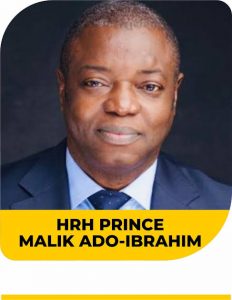 Prince Malik Ado Ibrahim was born in 1960’s Into The Royal Family Of HRH. Ado Ibrahim The Ohinoyi Of Ebira Land, Kogi State.

Prince Malik Ado Ibrahim Was Educated in the UK and US and has a strong background in automobile.
graduated from a British military academy, and is the holder of a master’s degree in marketing from the University of Southern California. 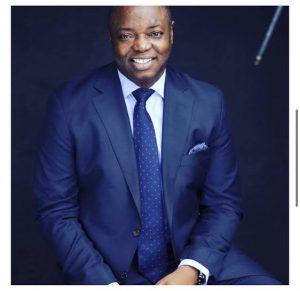 Prince Malik Ado Ibrahim is the CEO and Chairman of Nigus Enfinity, a company in collaboration with BYD of China .

Who Is Malik Ado Ibrahim?

Prince Malik Ado Ibrahim is among the son of the Ohinoyi of Ebiraland HRH. ATTAH Ado Ibrahim. He was born in Nigeria but school in UK and US.

Who is Ado Ibrahim?

Ado Ibrahim is The Ohinoyi Of Ebira Land His Royal Majesty Alhaji Dr Abdul Rahman Ado Ibrahim the Father to Prince Malik Ado Ibrahim, Ohinoyi of Ebiraland is the traditional ruler of the Ebira people.

Malik Ado Ibrahim is the CEO and Chairman of Nigus Enfinity, a company that have collaboration with BYD of China.

Prince Malik Ado Ibrahim is famous for his role in the F1 design. The Kogi born prince who has been involved in the automotive sector since early 1990s had worked with Proton and Lotus and helped them developed the position of Lotus by the Malaysian government on 1999.

He was the first black man to work in Formula 1 and also worked for Hyundai for 6 years, since he left Formula 1 no black man has been able to replace him in Formula 1.

His father HRH. Ado Ibrahim The Ohinoyi of Ebirland is the first man from Nigeria to drill from Nigeria soil, and became the pioneer of such business.

In automobile, Malik Ado Ibrahim has been able to move from production side to the racing side. He is a personal race-car driver In late 2000s, he became an United Nations Under Secretary for renewable energy.

It was then he began to focus on renewable solar, hybrid, and started looking at the possible ways to develop Non-hydro Carbons based global economy. He is the one behind the construction of 100megawatts power station in Kastina State from solar and also the building of 100megawatts in Adamawa which go directly into the grid.

In 2016, his company, Nigus Enfinity, did the first solar show in NNPC and NNPC the helped pushed the agenda of Nigus Enfinity of exposing renewables to the Nigerian market and was successful at the end.

Since then, Nigus Enfinity has been involved in renewable projects in South Africa and in the UAE. As developed countries like UK and France declared their intention to go off hydro carbon by 2040,

There would be no more hydro-carbon energized cars, as internal combusting engines will be no more; he has declared his readiness to flood Nigerian market with electric cars anytime soon.

In one of his interviews, Prince Malik Ado Ibrahim decried that Africa is blessed with abundant sunshine yet suffering from energy deficient adding that the question he is always faced is ‘how do you want to get energy for electric cars when you don’t have electricity for your homes.

He disclosed that electric cars can be powered by batteries charged by either conventional power or through storage system that are storing power from solar. He added that his company will be providing charging stations across the country for the electric cars once they are shipped into the country.

Malik Ado Ibrahim disclosed that his company is collaborating with Chinese giant company, BYD which is arguably the largest producer of electric cars in the World.

He noted that his company is collaborating with BYD for one reason, because they produce the cheapest electric cars in the world. According to him, there is an opportunity for Nigeria and Africa to be the next frontier of electric vehicles, adding that he want to set Nigeria at that cutting edge.

Ado Malik disclosed in one of his interviews that his company will start an assembly plant in Nigeria this year and assemble Nigerian branded electric vehicles with all the modern accruement.

He said, “we also are working with BYD to urge an area brand and begin an electrical vehicle factory for Nigeria from 2020. Gradually we’ll move to an EV with the African DNA starting in Nigeria,” Prince Malik Ado Ibrahim said. 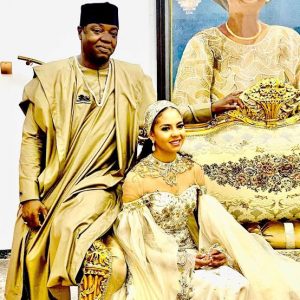 Prince Malik Ado Ibrahim Recently Got Married To Mohammed Indimi’s daughter Adama Indimi.
Adama Indimi is half Nigerian and half Swiss- Chadian. She’s is a model and runs a travel agency.

Prince Malik Ado Ibrahim is currently one of the richest & most influential business man in Kogi State with an estimated net worth of 50 Billion Naira.