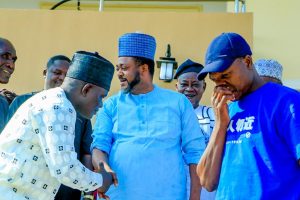 The Kogi East All Progressives Congress (APC) State Executives drawn from the 9 LGAs of the State, on Monday, paid a courtesy and appreciation visit to the State Deputy Governor, Chief (Dr.) Edward Onoja at his official residence in Lokoja.

Fruitful discussions upon the visit by the Party officials were centered on soliciting for the Deputy Governor’s advice, support, and sustainable efforts towards rallying around the Kogi East GYB/APC Team for greater political victories in the coming months.

Chief Onoja, amongst other remarks, advised the officials to focus on the Big Project of Nigeria by uniting the Party across the entire State along priority norms of One Kogi-APC Project. 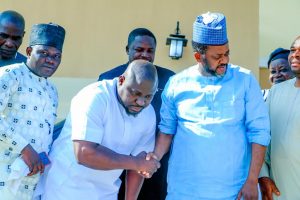 He cautioned the Party officials to be wary of divisive elements who most likely act as 5th Columnists against the interest of the Governor and Leader of the Party in the State, urging them to incubate people-driven ideas that will ensure the organic development of the APC in the State and country at large.