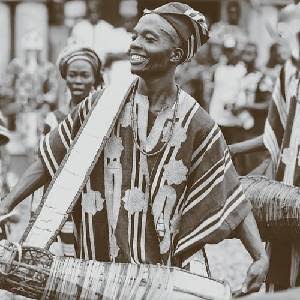 In Kogi state, there are three main ethic group which are Ebira, Igala and Okun. Not to say that these are the only ethnic groups in Kogi state but they are the main, most popular and recognized ones among the people of Kogi state and Nigeria as a whole.

OKUN is widely used to refer to the Yoruba speaking communities in Kogi state of Nigeria. The history that indicates that the Okun people migrated from Ile Ife is highly accepted and known among the people.

The dialect of this people is classified in the North East Yoruba language groups. They are all called Okun which in Yoruba language means strength or vitality and it is also used in terms of greeting among the people. Though the Okun people are not the only Yoruba speaking group that uses Okun as a form of greeting.

The Ekiti and Igbomina group also uses it. The identity, which was suggested first by Eva Kraft-Askari during a field expedition in 1965 has been widely accepted by scholars and people who are Yoruba indigenes. The individual subgroup of the Okun people share some historical and language affinity but still maintain different peculiarities. 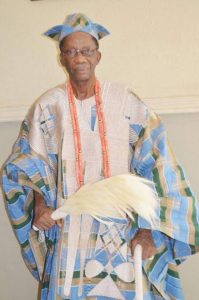 Therefore, Okun refers to the different but culturally related to Iyagba, Owe, Gbede, Ijumu, Oworo, Bunu and Ikiri people and together make up 20% of the population of Kogi state according to a highly controversial National population census of 2006.
READ Also  History Of Okene ( Palace, Killing, Music, Wards)

The yagba oral history claims that the man that led a group of people to the present place they are in was sent down from Ile Ife to create the settlement bit did not return back to give account of what had occurred.

When he finally went back home to his people, he explained to them that the had lost the a larger part of the land that he had acquired to other migrants, he was blamed for the loss of the land by his people.

He replied in Yoruba saying that “Iyagba lo jemi” this is indeed obviously where the name Iyagba or yagba was gotten from. 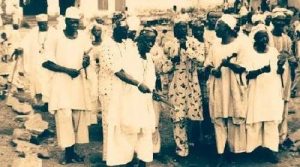 This situation with this man whose name was Ade Obayemi insinuates that Okun people may not have migrated from Ile Ife but originally from the Niger-Benue confluence.
The Okun people were left as minorities in the Northern region of Nigeria, away from their relatives in the south west as a turn of event following the Nupe Military incursion of the 19th century.

Not so much is known about the Okun now but some people still believe that the Okun people are not yorubas. This believe however, cannot be proven to be correct as far as the Okun people obviously speak Yoruba dialect. Their roots can still be traced back to Ile Ife by oral tradition, and they also share similar cultural traits with the other Yoruba speaking groups. These reasons and many more has given historians like Ann I’m Hear a thirst to dig deep and call for further research on the Okun people.

The Culture Of The Okun People In Kogi State

The different Okun groups share similar masquerade culture, festivals, dressing, religion, food etc. The main practice of the men were hunting and farming just like most people in West Africa, while the. women mainly raised the children and took care of their homes.
The main crops that were cultivated by the Okun people were, yam,beans, cotton, groundnut, maize, sorghum, coffee, cassava and cocoa.

Okun people practice Islam, christainity and traditional African religions. Although Okun people practice the worship of Orisa like ogun and sango and the consultation of ifa as the other larger groups of yoruba, prominence is given to the worship of ebora,known to be the spirits who live in forests, caves, mountains, stream or rivers. Okun people share similar masquerading culture and these masquerades (egungun or egun) represent spirits of the ancestors.

Until the arrival of the Nupes in the 19th century, the Okun subgroups lacked any form of central government but were organised into small city.  Each ‘state’ was governed by leadership handed among the constituent lineages or clans. The central kingship system has led to the establishment of royal offices such as Obaro of kabba, Olubunu of Bunu, Olujumu of Ijumu, Agbana of Isanlu, Olu of Ọwọrọ. The Obaro of Kabba, Oba Michael Olobayo (Obaro Ero Il), is the chairman of the Okun traditional council.

To talk of food the Okun people surely have delicacies. Soups include ora soup (ground dried okra), akuku, and tankelekon soup. These are usually taken with pounded yam. A popular snack is called adun (fried beans with palm oil and sugar) is also very popular among the people.

READ Also  You’re Worst Of All Our Enemies, IPOB Replies Wike
Related Topics:History Of KabbaHistory Of Okun
Up Next