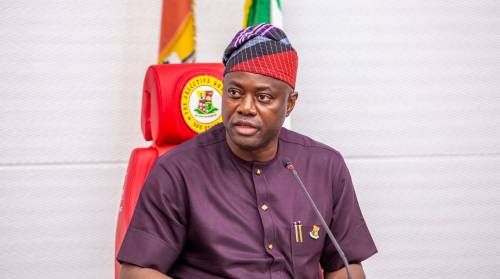 Advising Makinde to rescind the decision of imposing someone over only Peoples Democratic Party, (PDP) senator in Oyo State, IPM in a statement by its spokesman, Aiki Samson on Sunday, said that the ruling party risks losing the 2023 election if another person is picked.

According to the statement, “We are miffed about what we are hearing concerning Oyo South. Senator Kola Balogun is someone we are all proud of despite being in the opposition, he has performed excellently in terms of empowerment and his primary function of lawmaking, that you will think he is a lawmaker in the camp of the ruling party at the center.

“We recall that our victory in the 2019 elections started with Senator Balogun. His victory against late former governor Abiola Ajimobi was all we needed to get into Agodi government house. His victory signaled the end of the All Progressives Congress (APC), administration.

“We are not saying anybody shouldn’t join the party but Senator Balogun deserves a return ticket, If not for anything, the Olubadan should be honoured by allowing his younger brother to go again. We are very lucky to have a senator who is a younger brother of the monarch. And if Senator Balogun is allowed to go for another term, he will automatically unleash what he has learnt in this first term, for the betterment of Oyo south and Oyo state in general,” the statement added.

Hafsat Abiola – When Yahaya Bello Becomes President, Masses Will Be His Godfathers