Atomode Jide Benjamin was born in Kabba, Kogi State, Nigeria on 26th March in the Mid 80s. He hails from Odo-Akete in Kabba/Bunu Local Government Area of Kogi State however, he grew up in Kaduna State where he spent over 23 years of his life. Atomode Jide Benjamin in the music world is called LORD BISHOP, a name known all over Nigeria and across the boundaries of this country.  Lord Bishop started his musical career in 2012 when he released his debut album titled “My Testimony” with hit tracks like IT IS YOU, MY CASE IS DIFFERENT, ILE TI MO, Powerful God by Lord Bishop and so many others.

Back in 2008, he became the Co-organizer of the Largest Musical Concert in North Central Nigeria tagged “CHRISTMAS PRAISE JAMZ” where young people gather to worship God. Christmas Praise Jamz is a blessing to so many. Aside from spiritual connectivity to God, over 4 Students have had University scholarships paid for to graduation. Several families have been blessed with TV Sets, Dstv Decoders, Bags of Rice, Phones, Washing Machines, and N100,000 cash and above.

He is the organizer of the famed annual praise concert tagged; SACRIFICE OF PRAISE; a 100% praise service where tons of people gather together in an atmosphere of love and genuine appreciation to praise God with one voice.

In 2015, he released his 2nd album titled “IT IS YOUR GRACE” with hit tracks like BY GRACE Featuring Samsong, Chris Morgan and Captain Philip Ojonugwu, amongst many other hit songs.

Aside music, Benjamin Atomode has given himself to a life of selflessness and philanthropy at its peak and this is evidenced in the many lives he has touched through the years. Beyond a routine, he sees giving as a life style and is apt at it. From giving school scholarships, helping widows, contributing to churches, to giving to orphans and empowering the less privileged, Benjamin Atomode is addicted to the cause of humanity and does not relent in giving. He is dedicated to the gospel so much so that he does not accept monetary gifts for ministrations and gives no monetary charge before accepting an invitation to minister; he has a kingdom-oriented persona.

His Musical Awards include but: 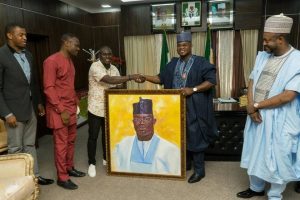 He is currently the Senior Special Assistant (SSA) to the Executive Governor of Kogi State on Government House Chapel Administration. 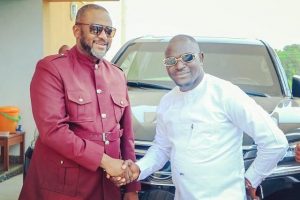 He is Gracefully Married to Shola Rachael Atomode and blessed with two boys Asher and Isaac Atomode.

Benjamin Jide Atomode is Worth over