Dr Vincent Okpala, Anambra Commissioner for Health, says the ministry plans to fight against drug abuse in the state amongst youths to save the future of the growing generations. 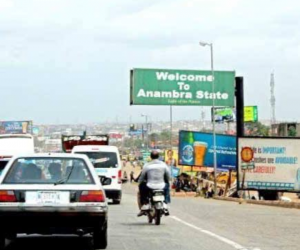 He made the disclosure in an interview with the News Agency of Nigeria (NAN)in Awka on Sunday.

Okpala said that the fight follows the rising consumption of crystal methamphetamine, commonly known as ‘Mkpulummili’, especially among the youths.

He said the State Government is worried about recent development and has formally inaugurated a Drug Abuse Campaign Committee to tackle the rising case of drug abuse in the state.

Okpala said the committee is made up of members of the academia, the National Drug Law Enforcement Agency, NDLEA, Anambra State Commissioner of Police, and Clinical Psychologists, amongst others.

The commissioner said the committee is chaired by the Permanent Secretary, Anambra State Ministry of Health, Mr. Linus Nwankwo, and is confident that the team would achieve huge results.

“The job description of the committee is designed to achieve fast and greater result to stop the ugly outcome of drug abuse in lives of the young people.

“Members of the committee would ensure that adequate sensitisation on the dangers of drug abuse and preventive measures are spread across all the communities in Anambra,” he said.

Okpala said the committee would achieve the goal by creating a strong engagement with community leaders, faith-based organisations, youth groups and other important stakeholders of the state.

Okpala said the committee would also initiate and sustain surveillance on the supply chain of the deadly substance and also on its users in other to crack its actions.

He said that the committee would equally establish and upgrade referral centers of evidence-based interventions and conduct studies on drug addiction in Anambra to ensure the state is free from drug negativity.

Okpala urged all residents of the state to join hands with the committee to effectively rid the state of drug menace by giving quality information to track down abusers.

“I urged us all to partner the government to become a drug free state,” he said.(NAN)