President of the Christian Association of Nigeria (CAN), Rev. Samson Ayokunle has expressed fears that politicians and political office holders are now focusing on the 2023 general elections instead of tackling the insecurity in the country. 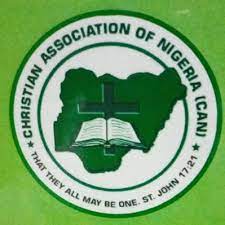 Ayokunle urged the government and all stakeholders to ensure the survival and peace of the nation before 2023 elections can take place.

He accused the government of not doing enough to put an end to the incessant killings and kidnappings across the country.

The CAN boss in his New Year message said: “criminals have turned our roads into death traps where they now kidnap for money, apparently due to the poor conditions of our roads and all of a sudden kidnapping has become a big business as the innocent people are being kidnapped and ransom in millions are being demanded and paid.

“It appears as if our governments have got to their wits’ end over the menace of insecurity. Their major focus now is on the 2023 general election. Can the 2023 election happen if the nation is over-run by criminals? Our nation must survive first and be at peace before the election can take place.